God's plan and purpose: Past, present and future

God chose a man called Abraham, from whom all the Jewish people are descended. These descendants became the nation of Israel, with whom The Lord God made a covenant[1] that He would be their God and they would be His chosen people. God promised them land in the Middle East, with fixed borders stretching from Egypt to the Euphrates river[2]. 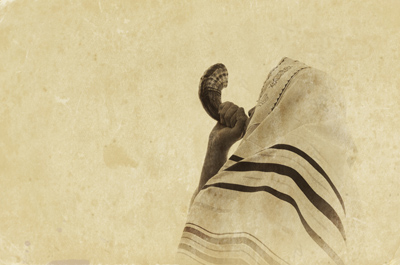 The Lord God promised that from them a redeemer would come, The Messiah (The Christ/The Anointed One), who would be their Saviour. In the fullness of time the Messiah came in fulfilment of the Scriptures and was identified as Yeshua Shel Natzeret (Jesus of Nazareth Yeshua. This Yeshua died as a once for all sacrifice to save them from their sins[3] and made possible a new covenant[4] based on faith, in which the gentiles could also be included. There is now one body (the Church)[5] composed of Jew and gentile, who are justified by faith[6] in Yeshua HaMashiach (Jesus the Christ) and His finished work for the forgiveness of Sin. Jacob’s Ladder Christian Fellowship celebrates the unity of Jew and gentile in one body through The Messiah.

We affirm that the Church is not the replacement for Israel. We deplore the antisemitism which stems in large part from this belief. It is our desire to bless the Jewish people and to pray that they will be set free by receiving Yeshua as their Lord and Saviour. God has a prophetic future plan for Israel based upon the Abrahamic covenant[7]. This plan will ultimately see Israel’s national salvation [8], when She repents of her sin and accepts Yeshua as Messiah [9]. This will take place in the midst of a period known as the time of Jacob’s trouble [10]. We acknowledge that Yeshua will soon return to set up His millennial (1000 year)[11] kingdom on earth, ruling from Jerusalem[12]. We further acknowledge that the Israel will play an important role in His kingdom to come[13].

“This is what Adonai says, He who appoints the sun to shine by day, who decrees the moon and the stars to shine by night, who stirs up the sea so that its waves roar – HaAdonai M’Kaddesh is His Name: ‘Only if these decrees vanish from my sight,’ declares Adonai, ‘will the descendants of Israel ever cease to be a nation before me.”

Please complete the form below to book your place at our next Shabbat meeting. We will contact you with confirmation of your booking, and information regarding time and location.